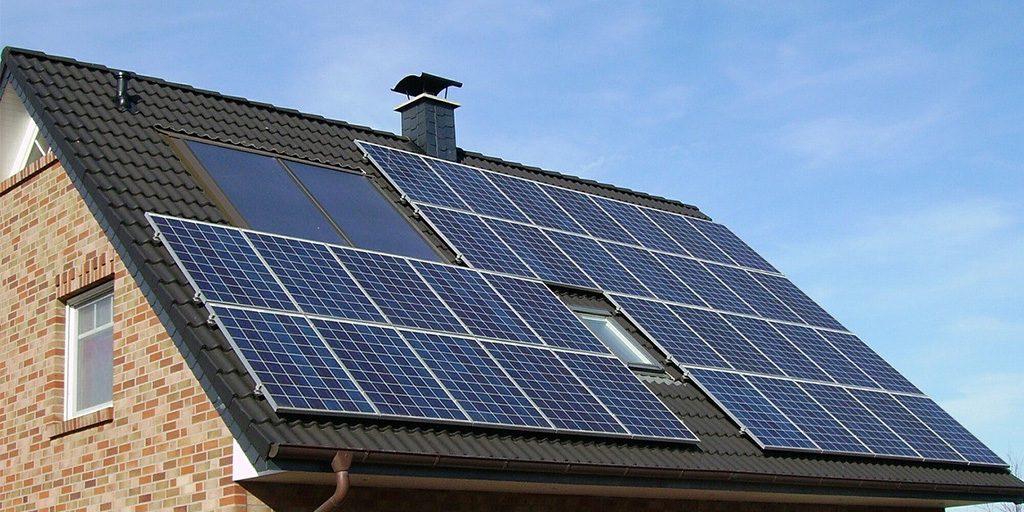 Demand for solar energy continues to rise as more people, including new homeowners, seek to harness the power of the sun to save on electricity costs and support renewable technologies as an alternative to fossil fuels. Rising demand for homes enabled with solar photovoltaic (PV) systems is also catching the attention of savvy property developers, who are including solar into their developments.

Solar power has many benefits, not just for the environment, but for homeowners as well. For the uninitiated, solar energy refers to the use of photovoltaic (PV) panels to generate electricity. These use materials that generate an electric field when exposed to sunlight. This electric field is collected and can also be stored in batteries to power a home’s energy needs.

Since the Sun is a virtually inexhaustible energy source, solar power is renewable and safer for the environment. Having a PV system in your home can potentially save on your power bills since you don’t need to rely on 100% grid power. In case you generate more power than what you consume, you can potentially sell the excess power back to the grid. This, along with possible government incentives, can offset the relatively modest costs of installing the system. What’s more, having a PV system installed can likely increase the value of your property due to the offset of electricity costs.

Recent Developments under the Sun

Progressive property developers are increasingly including solar power and combined with other disruptive technologies to their developments as an alternative to reliance on the energy grid. Here are just a few:

Dakabin Crossing, a project of Linzen Property Group, will be a master-planned community north of Brisbane, complete with a retail centre onsite located a few minutes walk from the local train station. Dakabin Crossing is the first townhouse development in Queensland that has an embedded network, allowing the residents to benefit from living in a sustainable development, while also reducing the costs of power for residents. Estimates are that this will be between 20-30% less than other electricity retailers. Incentives are also provided to property owners.

Residential developer, Metro Property Development, recently completed The Nines, a group of nine dwellings in Sydney’s North Shore that each features solar panels and storage batteries. Each of the $2.62m homes is installed with a 3.6kWp solar energy system along with a 7.5kWh sonnenBatterie. These technological features will generate enough electricity to power the three-storey, three bedroom homes. Each home is estimated to save $1573 a year in power costs through the 20-year lifespan of the battery, an amount that offsets the costs of the system.

In 2016, the world’s first “Tesla-Town” was announced. Built on the site of a former paper-mill near Melbourne, YarraBend by developer Glenvill, is a sprawling community that will feature homes that are furnished with rooftop solar panels, built-in Tesla storage batteries, and energy-efficient lighting and appliances.

Even skyscrapers are finding their time under the sun. Australian architectural firm, Peddle Thorp, has proposed a 60-storey high-rise residential skyscraper in Melbourne that will be covered in photovoltaic panels. “We get an enormous area of solar panels by comparison to running them across the roof,” said Peter Brook from Peddle Thorp, “The objective will be to have a complete off-grid building.” In addition to the necessary battery storage system, the 520 apartments in the building will benefit from other energy-saving features such as double-glazed glass and the use of low-energy LED lighting.

The Government of South Australia, in partnership with Tesla, is stepping up its game in renewable solar power, with its plans for the world’s largest virtual solar power station. Over 50,000 residential PV and battery systems will be connected in a virtual grid that will eventually make up a 250-megawatt plant. Beginning with trial phases involving SA Housing Trust properties, 100 home energy systems have been successfully installed, with a further 1,000 in progress. Subject to the trials’ success, program financing, and the satisfaction of both Tesla and the government in the final program design, the full program could be rolled out to 24,000 more public housing properties and 25,000 private properties from mid-2019.

After modifying its policy on granting subsidies to utility-scale solar power projects in June 2018, China is set to announce new changes that might spur demand in the world’s largest solar power market. The move was intended to help existing projects use up idle capacity, but caused demand for solar material to drop. The policy also specifically set aside a separate subsidy limit for residential projects, which is expected to make solar energy more accessible to residential property developments.

More and more, homeowners are seeing the light, not just on the economic and environmental benefits of solar power, but also sustainable living in general. Expect home builders to continue to adapt their developments as solar energy finds its time under the sun.

If you’d like to know more about Linzen Property Groups’ developments to empower communities with sustainable homes and investment opportunities, contact us today on 1300 766 261.